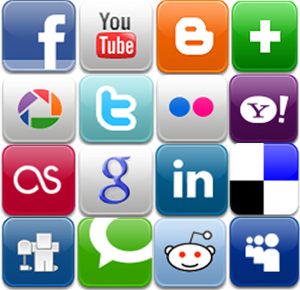 Fan Engagement can be a tricky. As a business, you want your social media engagement efforts to translate to sales, without rubbing off as too pushy. There is also the individualization aspect to consider, the need to be approachable and personal. Here are a few handy notes on don’t s of fan engagement.

1.  Social Media Posting is not your walking stick

Facebook has recently changed their algorithm to be more effective. However, in spite of the changes, you cannot rely on content posting alone on Facebook, it cannot be your sole support system. After the initial hype, almost 90 percent of the fans do not go back to a brand’s page. You can only show up on the Facebook’s News Feed for fans to notice your brand’s posts. The only way for fans to see your brand posts is through Facebook’s News Feed. You are not reaching out as much as you want to your audience The only way to do this is reward and encourage the most influential fans. You need to understand who they are, how to motivate them, and manage them. Empowering the influential fans that are willing and able to get your message out is the more than half of a battle won.
2. Pamper Your Fan-base and Influencers

Big name companies generously provide fans discounts, empower audience to support causes, and give them exclusive content and information all to reward them. For example, the Old Spice videos were real-time responses to viewers’ comments on Twitter. They produced responses to popular tweeples. There was a huge surge in Twitter mentions for Old Spice. In just 4 days, Old Spice had gained 30,000 new followers. The bottom line is good fans are too precious to lose.

3. You won’t make the cut in Facebook’s Graph Search unless your Content’s Sizzling

Users can search their favorite things on Facebook with the powerful new Graph Search. Graph Search lets users search for things like “the cupcakes in New York,” or “the best places to eat Chinese food in London.” The way to make your content really hot is by generating the first, second and third generation likes, comments and shares.

To rank your content high, it needs to be the content that consistently gets likes, comments and shares. As HubSpot says, remarkable content is the stuff that causes people to take action.

4. Don’t expect fans to work miracles without the goodies

You cannot get far without not rewarding your customers, and not turning them into fans. It is not that your social presence will be stunted; it just will not take a quantum jump over the competition. eMarketer says that 58 percent of Facebook users “Like” brands on Facebook as they anticipate exclusive content, discounts, or brand promotions. Give social fans what they precisely want in terms of content, discounts, and promotions. Distribute these rewards to fans when they generate engagement in the form of likes, comments and retweets from their existing social networks.